Written by Edgar Coronel on 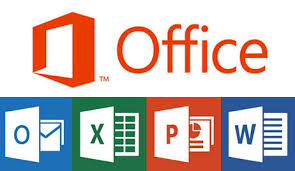 If you are a Windows user and are still using Office 2010, it may be time to move up to the latest version of Microsoft Office (e.g. Outlook, Word, Excel, PowerPoint, etc.)  Office 2013 has been available for over a year and has many benefits over Office 2010.

If you are interested in having your District Windows computer upgraded, please enter an ITS Helpcenter request at:  http://helpcenter.smccd.edu/requestform/

Special note for Mac users:  Microsoft has not upgraded the Macintosh version of Office in a long time.  Although not confirmed by Microsoft, we expect Microsoft to release an updated Macintosh Office suite version by year’s end.

If you are interested in upgrading your home computer to Office 2013, you can get a copy for $9.95 at: http://www.smccd.edu/dsgs/microsoft.php